South Africa’s got cannabis licenses for sale everywhere as long as you don’t mind settling for a  fake one. So get you chequebooks and credit cards ready for the green crush.

So much has happened since the Constitutional Court ruling last year and yet nothing has actually happened at all. While the nitty gritty of the T,H & C’s of cannabis decriminalization in South Africa are still to be determined by our self centric government, hundreds of cannabis dispensaries are sprouting across the nation. Maybe even thousands of them.

Some of these dispensaries will offer you protection under their traditional healers license. While other folk will offer to hook you up with a license of your very own. This has caused a tsunami of suddenly christened sangomas and shaman. People whom previously and currently give zero fucks about the plight of actual traditional healers.

Stories abound of people easily being separated from their cash when buying into very grey franchises. Some stories also include the back lash of these franchise owners being approved without any real background checks. It turns out that not every hippy or healer owner is sound of mind or anything more than just another dealer in franchise clothing. 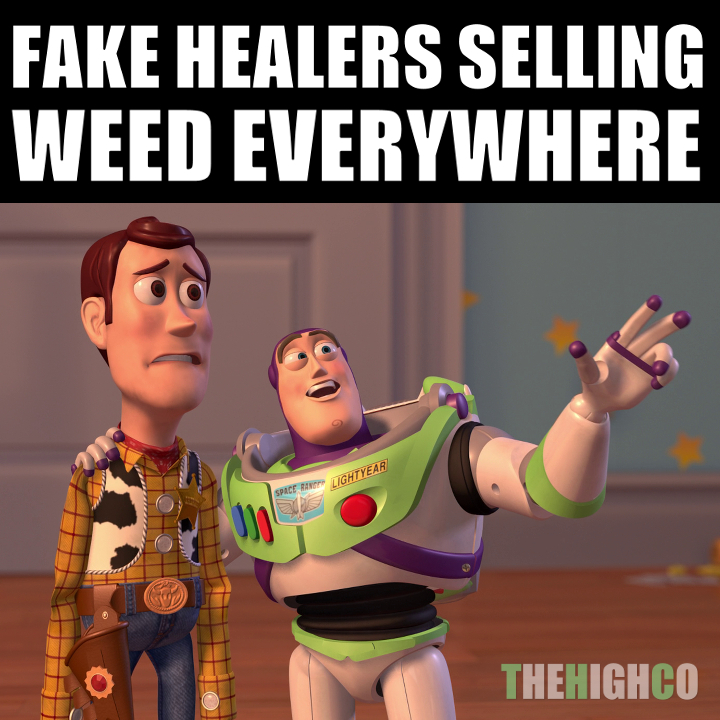 Strange times at the CDCSA

The Cannabis Development Council of South Africa was a bastion of hope for all those seeking to grow every form of cannabis for every conceivable purpose. It promised cannabis licenses to anyone who was prepared to jump on board and do even more jumping over the many unknown hurdles to come. The founders claimed that their connections to the political elite are a good bet to get you that license that you so desperately crave for. Founded by SA’s longstanding only cannabis research license holder, the CDCSA remains an awkward beast.

Having been one of the original people to warn about it being unlikely that this council was anything more than another questionable move by the founder to bolster her own interests, I was ready to eat my own words when late last year I was very quietly shown an “actual license” that had just been issued to a high ranking member by The Department of Health . There were also assurances that over 60 other cannabis licenses had been issued to other members and that over a 100 more were in the pipeline. It was a very rare moment to feel so happy about having been so wrong.

The cannabis licenses hit the fan

Fast forward a couple months and things are no longer looking so irie. It turns out that the cannabis licenses aren’t as kosher as claimed. To date only a handful exist and may not be as official as once thought. Causing somewhat of a conflict within the CDCSA due to promised licenses having not yet being honoured. Leaving members to start questioning if this was just some sort of mandate ponzi scheme to only secure a handful of licenses to rule them all.

Uncomfortable questions have also been lingering about Intellectual Property. Applying for a cannabis license forced all applicants to show all their cards. Disclosing large volumes of private information and valuable Intellectual Property. Local IP that has taken decades to develop and has now been inadvertently gifted to the CDCSA.

Further fuel was thrown on the fire when the South African Health Products Regulatory Authority stated that there are in fact no licenses. And that “The cannabis-containing products and oils that are currently available in SA and which have not been registered or approved by Sahpra are therefore illegal. Suppliers and users of such illegal products are exposing themselves and others to legal and health risks as the safety, efficacy and quality of these products cannot be assured.”

House of Hemp has recently responded to these license concerns with a sorry not sorry statement. They claim that even though they are the founders and administrators of the applications. They are not to blame for the claw back that has now only  left 4 license holders standing. HOH pointed fingers at poor admin and rogue elements within the CDCSA. While also calling a halt on all assistance or support for all remaining applicants until clearing the air privately.

So as it stand there are 3 ways to get your fong kong cannabis license in SA:

Find out more about the legal status of cannabis licenses in South Africa.  visit Fields of Green for ALL.

Note from the author: We’ve been swamped by queries for licenses. Of the more than thousand of these, not one has offered to assist legalization. While every single person that I have replied to has refused to donate a single cent to the cause. This is truly a disappointing reflection on both potential licenses and license holders.

About the Author: William Wallace

Full time activist and part time stoner who who spends 420% of the day living, being and breathing all things Cannabis Culture. So blaze a fat one and follow me down the dankest rabbit holes.

Orders are dispatched on Tuesday and Thursday. Please be patient and visit our Frequently Asked Questions page for more info. Dismiss